Donate and make a difference 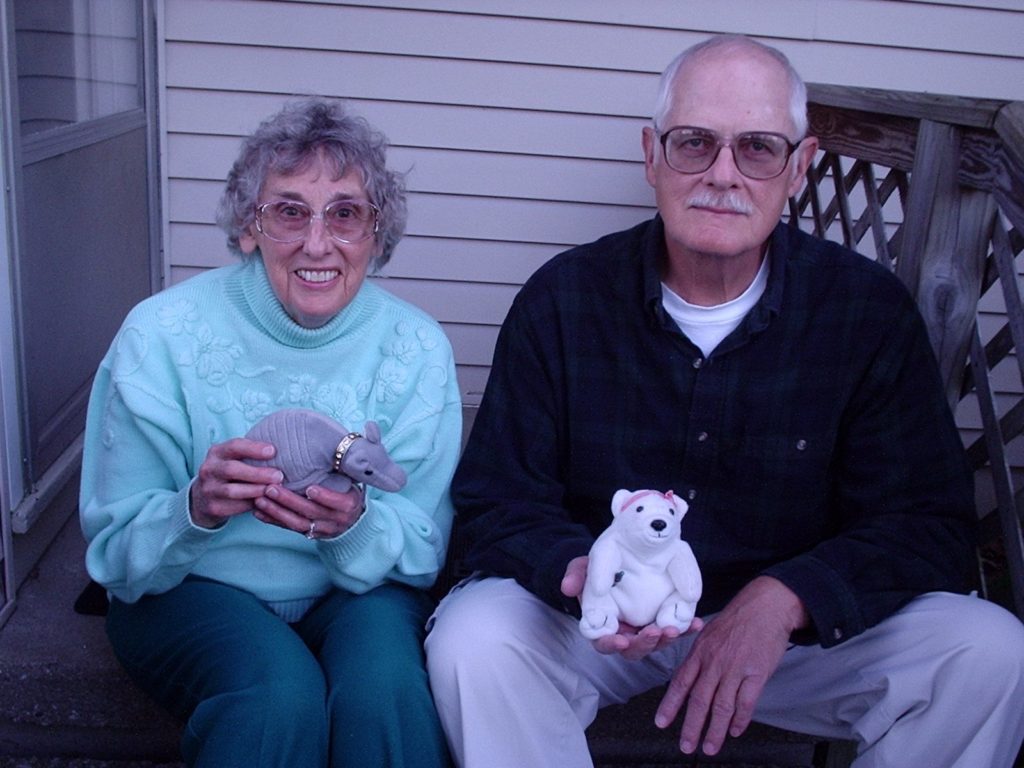 When I think back on the events surrounding my husband’s death, I feel at peace with our decision to call Hospice of Lansing.

My husband, Chuck Reed, loved to have fun. He enjoyed traveling, singing in the choir, and playing sports. Oh, boy did he love sports! Chuck spent many happy days during our retirement riding his bike and playing golf and tennis. Life was good.

No, I was not afraid of falling myself. My fear was for Chuck.

Chuck lived successfully with prostate cancer for twenty years. In 2011, we learned that his cancer had spread to his bones. Chuck began to realize that he was not steady on his feet any more. He had trouble moving his right leg, then his left. After several tests and scans, we learned the cancer was growing on his spine and pressing on the nerves to his legs.

He began to fall.

He fell stepping up on the curb.
He fell walking to the dining room table.
He fell getting out of bed.
He fell trying to sit in his recliner.

One by one, Chuck had to give up his favorite activities.

I pleaded with him to rest and stay put, but Chuck was unstoppable. I could only move things out of the way to make a clear path for him. Even after many falls and calling 911 way too many times Chuck still clung to the hope that the doctor would come up with a new treatment that would get him back on the golf course, tennis court or his beloved bicycle.

Eventually the doctor ran out of treatments. After a bad fall he was hospitalized and given the news that he was dying and that he needed to be in hospice.

We chose Hospice of Lansing. It turned out to be the best decision we ever made.

With Hospice of Lansing’s care, we no longer had to struggle to go to the doctor, using all his energy for the trip. There were no more tests and treatments when they could not possibly help. We had the freedom to use our time any way we wanted. We spent it visiting with family. Our nurse was attentive and interested in every part of Chuck’s care. It was wonderful to be able to call anytime with questions or concerns. And to my great relief, I was told to call hospice if Chuck fell instead of 911.

Finally, the day came when his feet would not work at all. Any kind of walking or movement was hard for him now. Our nurse suggested that Chuck move to Hospice of Lansing’s Stoneleigh Residence where he was cared for so lovingly. He would be safe there with nurses and aides to care for him 24/7.

During his time at Stoneleigh our whole family enjoyed a week’s visit from his sister and brother-in-law. His room was spacious and we could all gather comfortably to visit, not like a hospital room.

We ate our meals in the large common room and enjoyed watching the birds and wildlife on the grounds. Chuck still tried to walk sometimes and taught himself how to lower his bed and turn off his bed alarm, but it was nothing the staff could not handle. It felt like a weight was lifted off my shoulders.

On August 2, 2014, God called him home. He was safe in God’s care and had a new body without limitations.

I miss my husband very much and think about him every day.

I want to remember and honor Chuck. I also want to help the next family who gets bad news in a hospital. I decided to make a donation to Hospice of Lansing and Stoneleigh Residence every year.

I hope you will too.